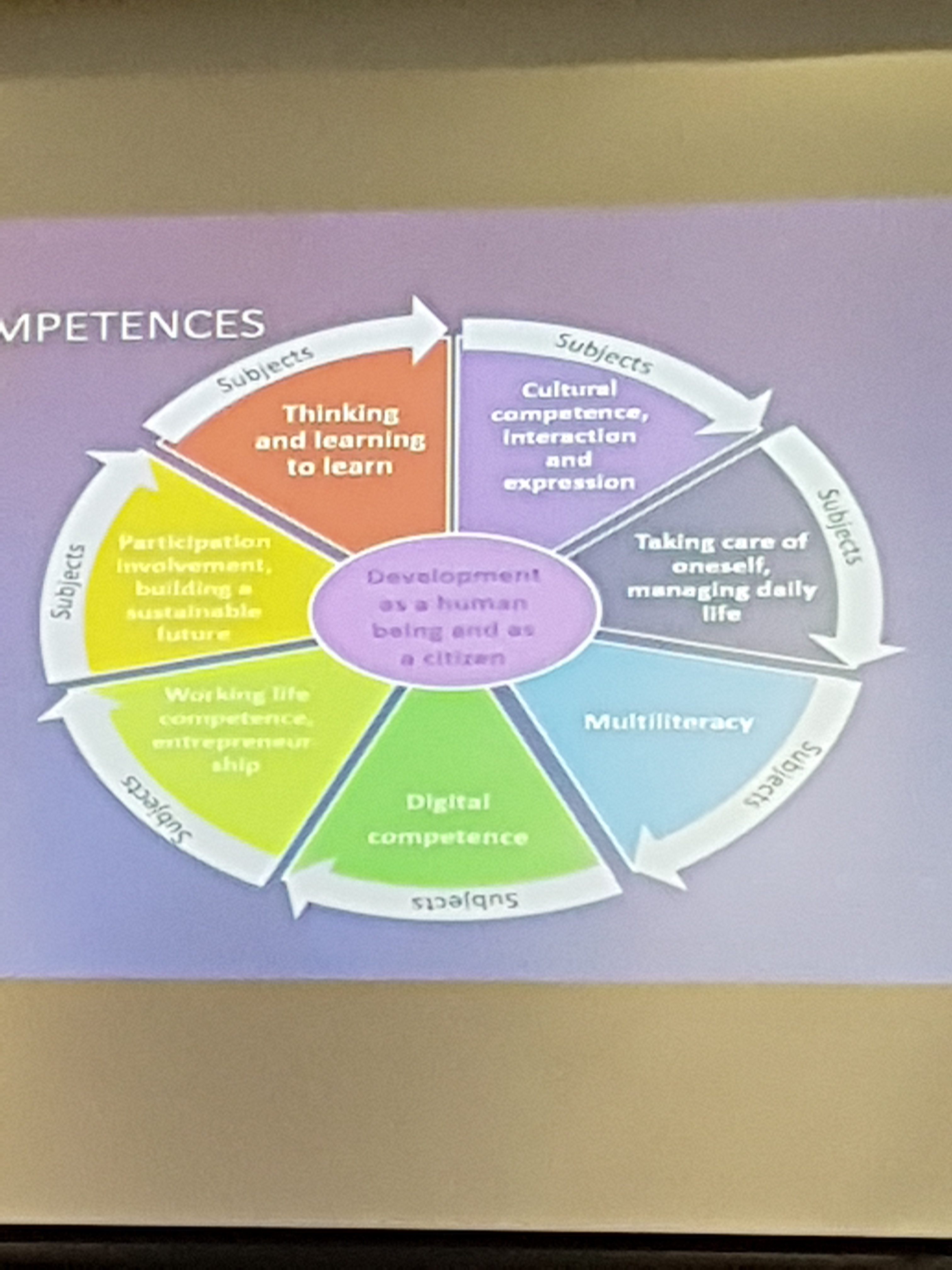 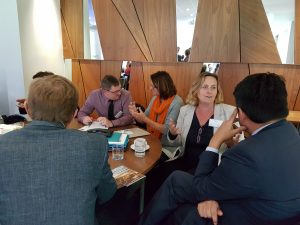 In a slight departure from the language-based content of this blog, I’d like to draw your attention to a recent educational event that was rather more global its scope — involving participants from the UK, Finland, and Switzerland.

Last Thursday, 14 September, I was invited by Veronika Mueller Maeder, my former colleague and boss at the Scuola Vivante school in Switzerland, to join her at Liverpool Hope University to attend a conference and to present the school’s multilingual and multidisciplinary approach to learning, as exemplified by its Mare Nostrum documentary film, which Veronika, myself and the entire school community produced in 2014. The event was tenth annual conference of TeesNet (Teacher Education for Equity and Sustainability Network). The overarching theme of the day was essentially an exploration of the ways in which teachers might better incorporate the United Nations Development Programme’s 17 global sustainable development goals (SDGs) and aspects of global citizenship into their teaching.

If you’ve never heard of the SDGs, you’re not alone. Despite the promotional work involving the likes of Richard Curtis, Malala Yousafzai, Leonardo DiCaprio, Emma Watson and others, Dr. Harriet Marshall, leader of the Global Learning Programme, informed us that only 1 in 10 people in the UK had heard of them. We can only hope that maybe once our media have grown tired of focussing on issues of global division – Brexit and the posturing of certain world leaders with their weapons able to instantly destroy the planet — will we be able to discuss the admirable and essential SDGs in a way that arms future generations with the tools they need to secure a sustainable future for the planet. 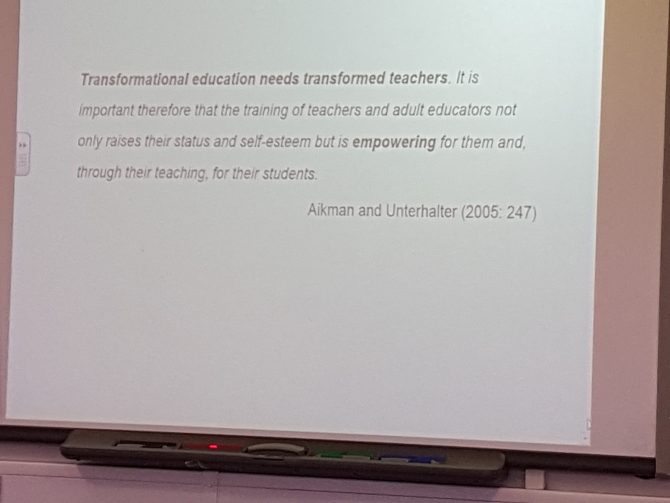 So for the uninitiated, the UN’s 17 sustainable global development goals, with their ambitious target of implementation by 2030, are as follows: 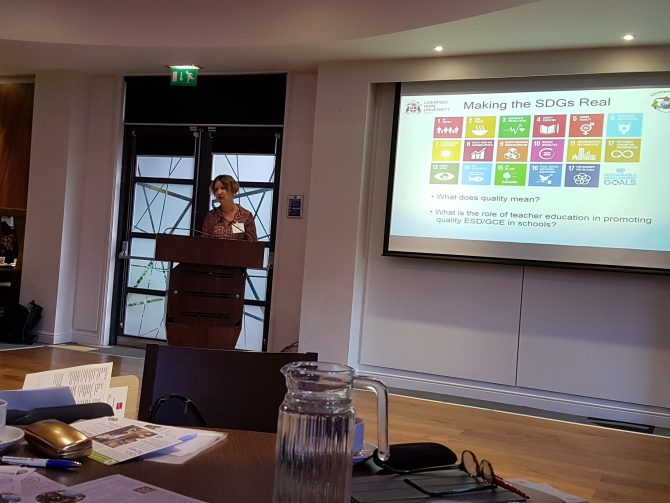 There were keynote speeches at the conference, such as the one given by the Director of Curriculum Development in Finland, Ms Irmeli Halinen, whose country’s 2016 curriculum reform has incorporated feedback from over 60,000 students, works in partnership with, rather than issuing diktats to, local education authorities to teach and implement the SDGs at local level. Teachers in Finland, we were assured, „make it happen“. And the country’s longstanding reputation for academic excellence would seem to bear this out. Every teacher in Finland has a Masters degree and is afforded the autonomy and support to create inspiring lessons.

In contrast, UK-based educators and policymakers (including friendly Liverpool Labour MP and Chairman of the International Development Select Committee Stephen Twigg) appeared to recognise UK-specific hurdles. Everyone noted the struggle to, on the one hand, raising awareness of and government support for the goals; while also deciding how to best to bring the SDGs into the devolved education systems of the UK nations in ways that work within, rather than as an add-on to a crowded curriculum. In addition to presenting Mare Nostrum, I saw examples including a Norway-led student network of nine countries undertaking collaborative research, a nascent UK attempt to incorporate the SDGs into textbooks for Science and other subjects, and a lovely primary-level project to aid children’s engagement with their locality, animals and coastline in southern England. 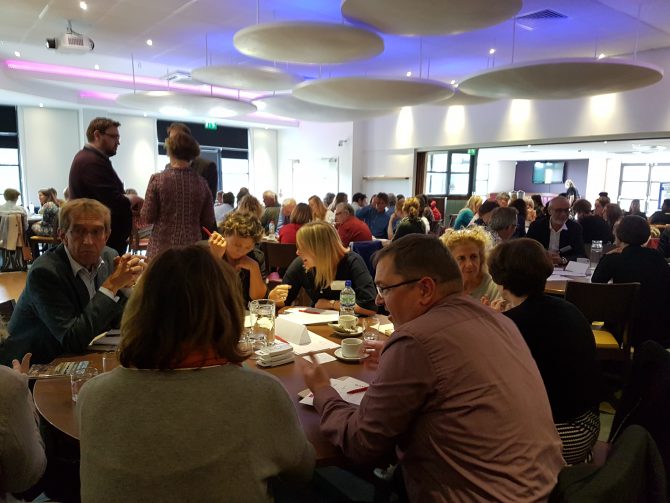 It was heartening to see the enthusiasm of all the participants at the conference. The challenge now is for everyone to build on this activity at grassroots level by raising awareness of the sustainable development goals and global citizenship goals beyond the conference fraternity (and beyond national borders and constraints) in order for these aims to stand a chance of becoming a reality by 2030. 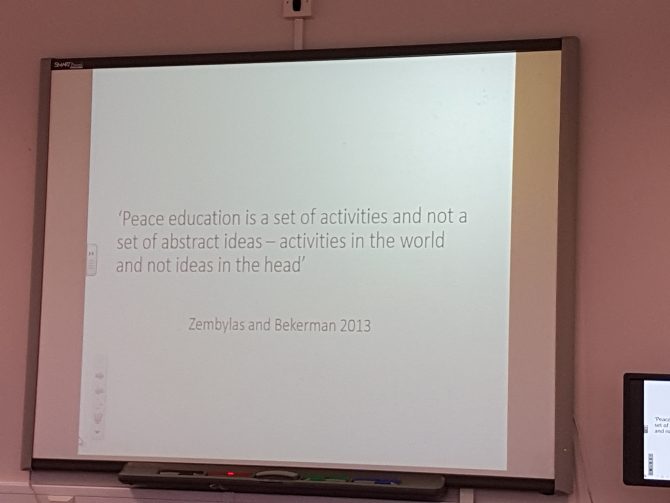